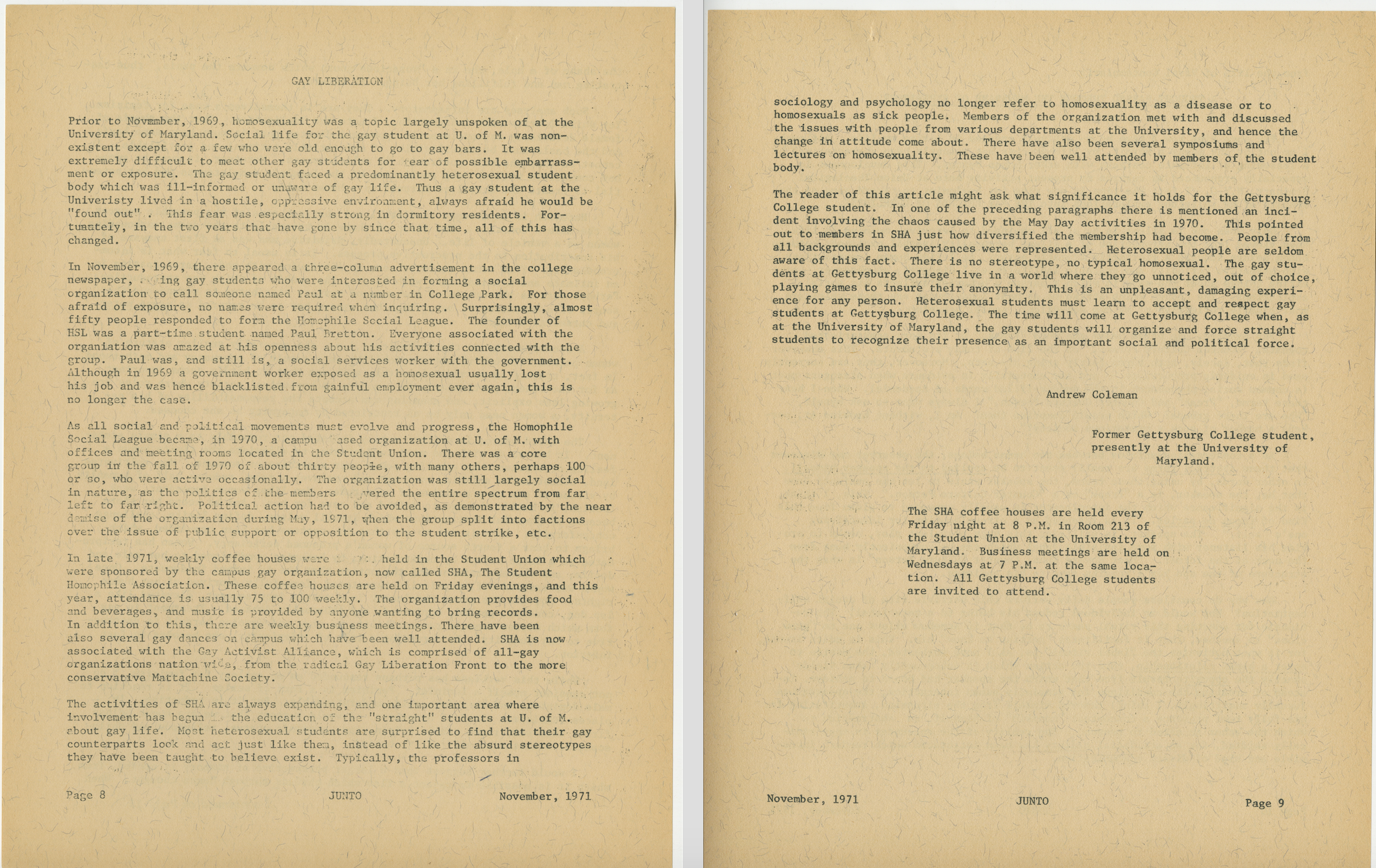 This letter was written by a former student of Gettysburg College who was writing from University of Maryland on the topic of the acceptance of homosexual individuals. It attempts to describe for the Gettysburg community that there are many homosexuals among them and that they are just as diverse as any group of heterosexuals. Topics surrounding anything having to do with understanding homosexual people was rare until much later, but the fact that the Junto featured this article in 1970 shows that they were very dedicated to social justice.