The Gettysburgian is the school’s newspaper. It is available online from 1897 to the present day. It has functioned much the same over the years as it is a standard format for a newspaper. It reports on happenings at the school as well as the larger news issues of the day through editorials and opinions sections.

The Gettysburgian was helpful for me to use because I was able to search the term “the self” and do a content analysis on the term in different sets of years. Below is a graph of the findings. I looked at each instance of the use of “self” and determined in what way the writers were using the words. The 1936 to 1943 issues represent the modern period while the 1966 to 1973 issues represent the postmodern issues. The categories are the codes that I chose and the numbers on the y-axis represent the number of occurrences of that code. Notice that the postmodern in general has more occurrences of the self, especially when it is talking about the self in terms of improvement, understanding, or the self alone. The modern period has more instances of self-denial. 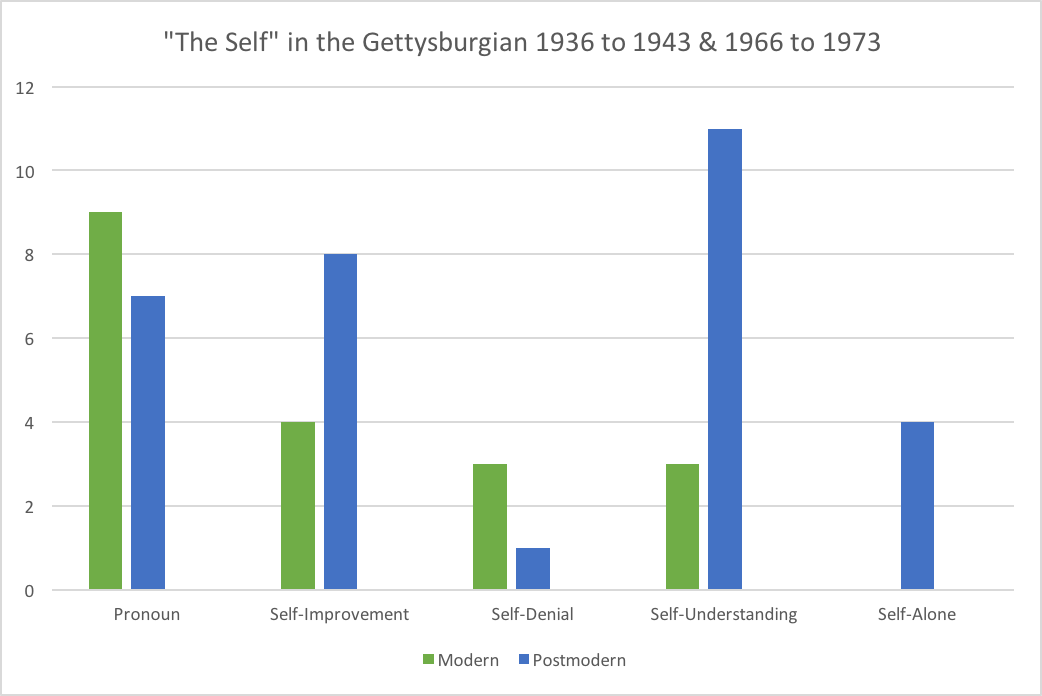 An encoded sheet was used to create this graph.